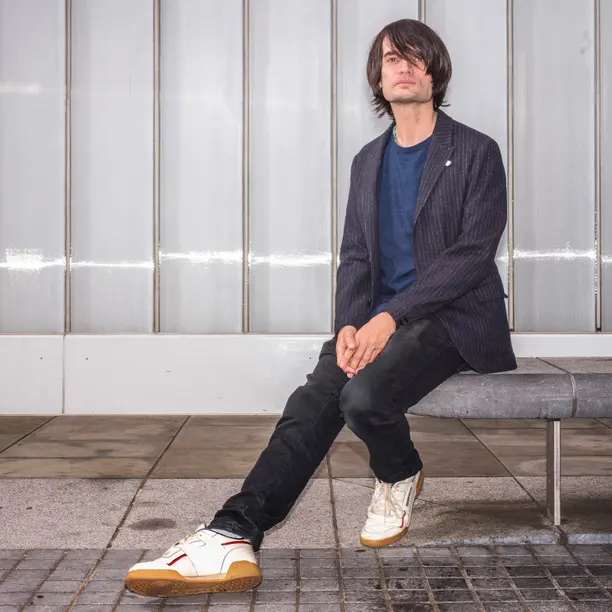 Best known as the lead guitarist of the hugely successful and influential band Radiohead, Jonny Greenwood is also an award-winning composer for both the concert hall and for film.

His notable compositions include ‘Popcorn Superhet Receiver’ (commissioned by the BBC whilst Jonny was Composer-in-Residence to the BBC Concert Orchestra), ‘smear’ (premiered by the London Sinfonietta), ‘48 Responses to Polymorphia’ (premiered in Poland as part of a joint concert with his idol, Polish composer Krzysztof Penderecki) and ‘Water’ (commissioned and recorded by the Australian Chamber Orchestra). Most recently, Jonny’s ‘Horror Vacui’ which premiered at the 2019 BBC Proms, received widespread acclaim, and earned him a 2020 Ivors Composer Award; his seventh award from the Academy.

Outside of the concert hall, Jonny has emerged as one of the most sought-after film composers working in Britain. His score for the Paul Thomas Anderson film There Will Be Blood was received with huge acclaim and won Jonny multiple awards including an Ivor Novello for ‘Best Original Film Score’ in 2009, as well as a Grammy nomination for the soundtrack album. This cemented the creative partnership between him and the Oscar-winning director, as Jonny went on to score The Master (starring Philip Seymour Hoffman), Inherent Vice and Phantom Thread (starring Daniel Day-Lewis in his final screen role), which earned Jonny both Oscar and BAFTA nominations in 2018 for best original score.

Further film credits include his work with Lynne Ramsay on We Need To Talk About Kevin (starring Tilda Swinton) and the 2017 psychological thriller You Were Never Really Here (starring Joaquin Phoenix), as well as Tran Anh Hung’s Norwegian Wood, based on the novel by Haruki Murakami.