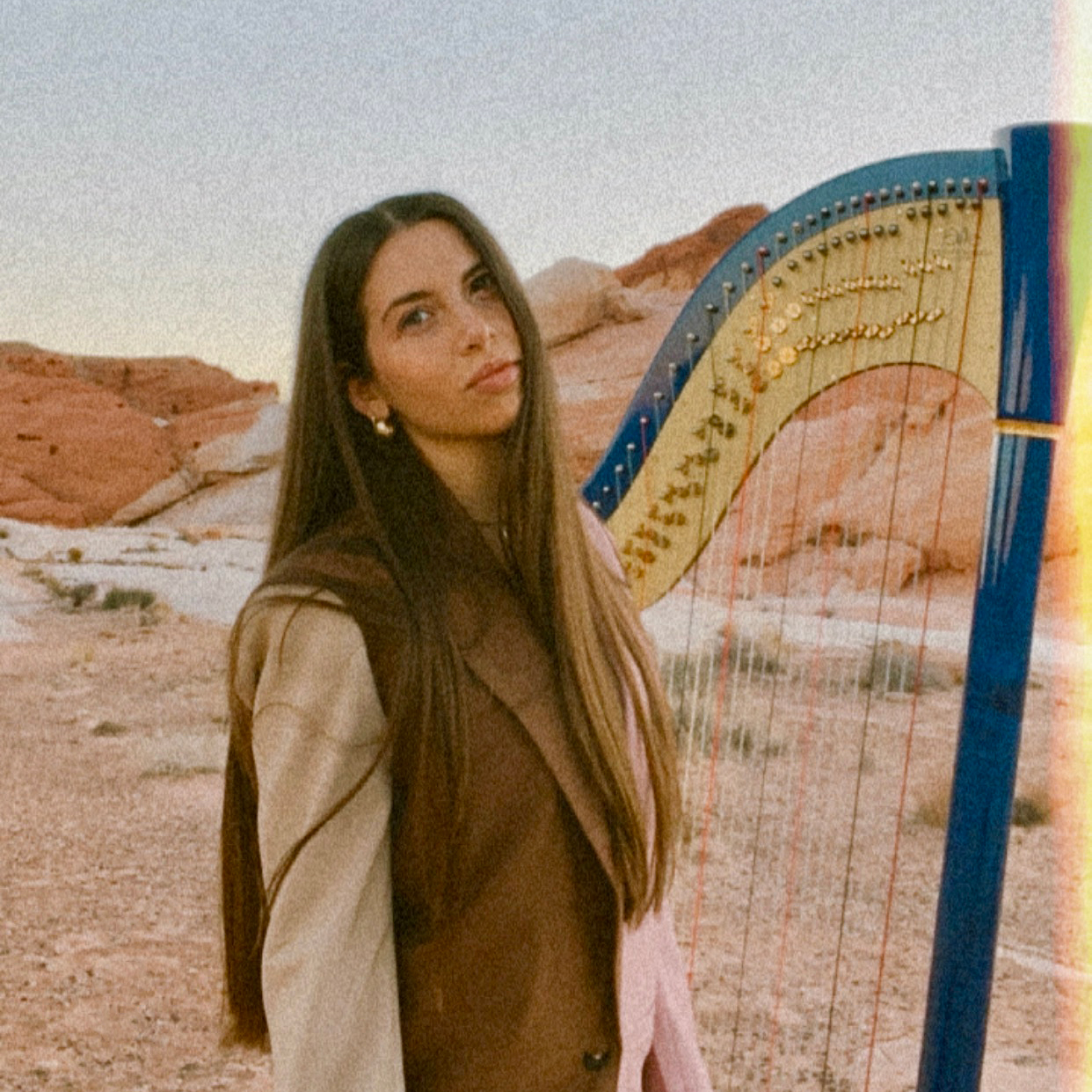 Of all the instruments, the harp is probably the closest to a work of art. The subtly plucked strings, the reverence, the vibrational frequencies that seem to have ascended from a heaven above – these all combine to create something that’s crafted to sound as beautiful as it looks.

Professional harpist Lara Somogyi realised this elegance when she picked up the harp in her childhood. “It was instant love for me. I was drawn to this luscious, beautiful work of art in the corner,” she explains. A couple of decades later, Somogyi’s built a creative world – an atmosphere – based around the harp and its deeply expressive capabilities.

Today, she’s prepping for the release of new album ’!’–  a record born out of a decade’s long dive into sonic exploration, which pushes the instrument to its furthest potential.

“Every single sound you hear on the album comes directly from the harp,” she says. “I wanted to express everything this instrument can do.”

Born in Hawaii to Hungarian parents, Somogyi’s introduction to harp-playing more-often walked a traditional route. She leaned into an improv-approach while studying at the prestigious Royal Academy of Music – composing to colour schemes and writing to televisuals.

For Somogyi, the deep desire for experimenting came to life after a handful of chance meetings with Brian Eno, the super-producer behind landmark albums by David Bowie, Coldplay and U2, and the name associated with creating the ambient music genre with his Music For Airports album. The two first crossed paths whilst Somogyi was working as a receptionist, in between studies, at Eno’s gym. At this time, Eno’s profound impact unleashed an extra sensory layer within Somogyi’s creative approach.

“He’d come in with various things to explain and they were all to do with using your senses,” she says. “He’d say ‘Hey, I need you to look at and then experience something.”

Three particular encounters stood out to Somogyi. First: a beautiful rose – an unbelievable looking deep burgundy rose – from somewhere outside in Notting Hill. Eno asked the staff, including Somogyi, to look at the flower outside in the light. Somogyi notes that, “Taking that moment to interpret the burgundy colour as a sensory experience – his insistence on truly seeing it – was impactful.”

Continuing to explore this newly innovative musical facet, Somogyi reflects on a particularly poignant bird call, “Eno wanted to see if I could identify the tremors, cadences, things like that.” This was followed by the unbelievable sensory opportunities found in a perfume and the ability to find notes in the smell. It was experiences like these that allowed Somogyi to be incredibly present within her practice, and to weave creativity into all the senses. “I had an awakening to the fact there are tonnes of ways you can feel, hear, touch, smell.” So, in came the harp. “Shouting into the soundboard creates a choir. Your feet manipulate the pedals. You can use a space echo and have the instrument sound like it’s in a massive hall.”

Work on ’!’ began three years ago, with recording taking place in Somogyi’s home studio in Los Angeles, alongside producer Cyrus Reynolds, who co-composed the album.

“We’d tackle piece by piece. Sometimes the songs would come from a structured and composed piece. Other times it would be improvisatory and chopped up later. Because the harp is vast and luscious, I love exploring the angular and more expressive types of playing.”

This direction means that ‘!’ revolves around hyper-creative deviations from traditional harp techniques. Somogyi put blu-tack onto the strings. She used a bow. In one instance, a milk frother is used. There are deep layers of texture across ‘!’, manipulating the harp into new frontiers. Think of it like a journey. Moving from trance-like strings on album opener “åcceptances”, through to glitched-out patterns on a later track like “Avery”, ‘!’ bridges the gap between the electronic and classical worlds with ease and brings many of the senses into play.

This all goes back to the fact this album is about shifting people’s perspective of the harp, changing the worlds that it operates within, and bringing in electronic sounds. The all-encompassing soundscape that Somogyi has developed utilises the harp’s full capabilities alongside an array of guitar pedals and loops. As Somogyi puts it, “The exclamation of the album’s name is to me a change of tone. A change of expression.”