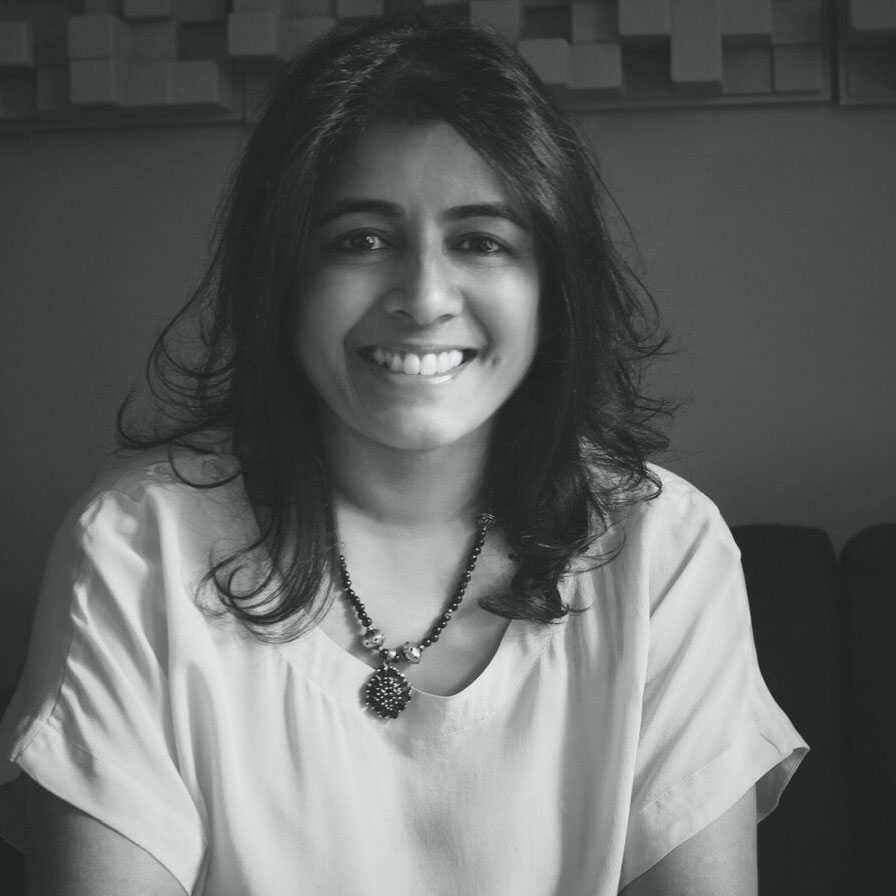 Her projects have been in the Top 5 Film Scores and Video Games scores of 2019 by Scala Radio.

Her Sundance 2020 and BIFA 2021 winning feature The Reason I Jump, is an immersive cinematic exploration of neurodiversity. The ground-breaking feature, which won an Audience Award at Sundance in 2020, is based on the nonfiction bestseller by Naoki Higashida.

The Reason I Jump is her 7th soundtrack release but also her most personal; a hybrid soundtrack and also personal album ‘the album embodies my roots in sound design, the human voice, electronic and sonic exploration of acoustic instruments that hint at the journey I am embarking on my own with my own personal music’.  The score has been nominated for BIFA, ASCAP Composer Choice Award and Cinema Eye Honors Awards.

Like the book upon which the film is based, Desai’s score opens a door to a constellation of divergent ways of experiencing reality.  The first single, “‘Beauty Is In The Detail’ accompanies the paintings created by one of the non-verbal characters in the film. The song represents the beauty of the neuro-diverse world and how the characters perceive the detail in objects before seeing the whole picture unfold before them. The piece tries to mirror that aesthetic. Daniel Pioro (‘Phantom Thread’) is the featured violinist on the track,” says Nainita Desai.

‘Floating Into Focus’ represents the perception of oscillations and repetition that the autistic characters experience, building a symphony out of found sound.  It’s almost like orchestral techno, where the hypnotic vocals are constructed from the Japanese for ‘Beautiful Circle’ and the polyrhythmic layers of percussion are built out of found sound effects elements from the film. Repetitive interweaving vocals and beats evoke a hypnotic, cathartic and ultimately euphoric release.”

"The editing is fluid and dreamlike; and the soundtrack of rhythmic noises and atonal music both soothes and startles." The Boston Globe (film review of ‘The Reason I Jump’)

"Quick cuts, predominantly in close-up combined with a gorgeous soundtrack put you in an alternate headspace... a viscerally stunning documentary." Reel News Daily (film review of ‘The Reason I Jump’)

“Nainita Desai’s score does impeccable work reflecting the complex interior worlds of the on-screen subjects...Desai’s score can shift between various tones with ease. As a result, the score is just as versatile as people like Amrit or Ben.The editing and score reinforce The Reason I Jump’s central theme about the versatility of the autistic community.” Thespool.net (film review of ’The Reason I Jump’)

Outside of Film and TV, Nainita’s upcoming new commissions include works for BBC Radio 3 ‘Postcards from Composers’, and acclaimed vocal ensemble Voces 8.

Nainita’s musical foundations are rooted in world music and she moves seamlessly between working with orchestras, fusing her collection of custom made instruments, electronics, found sound as well as song-writing, which has led to collaborations with artists including Eivor (The Last Kingdom) and writing documentary musicals including the BBC acclaimed City of Dreams – A Musical.

Coupled with a background in sound design and technical innovation that fuels her powerful emotive scores, her immersive approach involves deeply-researched collaborations to find those voices that are not usually heard, creating sounds that are truly unique.

Nainita was born and brought up in London to Indian parents and her eclectic musical upbringing led her to studying the sitar, piano, guitar, tabla, singing and violin. Following a degree in Maths and attending the NFTS to study sound for film, As a sound designer, Nainita worked on feature films for Bertolucci (Little Buddha); and Werner Herzog (Lessons of Darkness) including Backbeat (Dir: Ian Softley), August (Dir: Anthony Hopkins), and cult cyber-feature Hackers (Angelina Jolie).

Her passion for music technology then led to her working in music engineering with Peter Gabriel during the legendary Real World Recording Week sessions, and working with artists including Billy Cobham, Daniel Lanois, Jane Sibbery, Nigel Kennedy, Sinead O’Connor, and Ravi Shankar.

Other recent projects include BBC series Extraordinary Rituals, nominated for RTS and Music+Sound Best Music Awards; and the title theme for the prestigious BBC broadcast of the Royal Wedding of Meghan and Harry.

Nainita sits on the Film Committee at BAFTA, and committees at the PRS and Ivors Academy. She is also an ambassador for Screen Skills UK, and a full voting member of Academy of Motion Pictures, BAFTA, Emmys, the Alliance of Women Film Composers and frequently sits on juries for the Emmys, BAFTAs, RTS and other major industry awards.