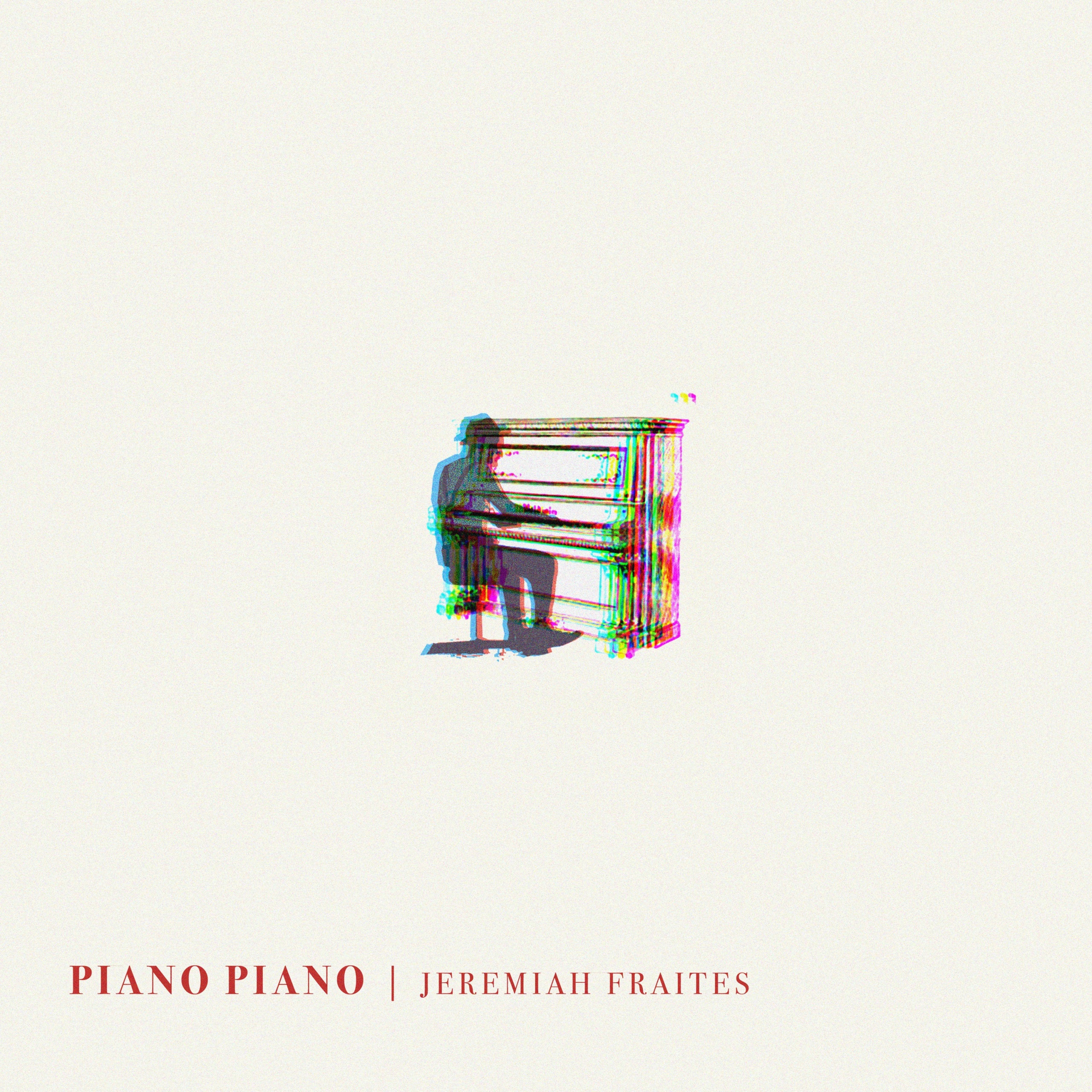 The Lumineers co-founder, songwriter and multi-instrumentalist Jeremiah Fraites chose a deceptively simple title for his stunning solo debut, Piano Piano. On the surface, it’s a succinct description of the album; a piano-centric collection of lovely, heartfelt instrumental songs. There’s also something suggestive in taking the doubled word in musical terms, meaning “soft” – evocative of the music’s tender lyricism and rapturous vulnerability.

But translated from Italian, Piano Piano also means “step by step,” a phrase that concisely captures the journey that Fraites has taken to realize this long-held dream. The language itself reflects the most recent step along that path, Fraites’ move to his wife Francesca’s hometown of Turin, Italy. But it traces a path from a childhood love of classical music through the influential artists that planted the seeds for his own songwriting; from The Lumineers’ chart-topping hits and high-energy world tours through a decade-long stint in Denver culminating in the home recording of his first solo offering.

“This album is the end result of something I’ve wanted to do for the better part of a decade,” Fraites says. “My favorite recordings really walk that fine line between being raw and vulnerable and having world-class, hi-def sound. I wanted Piano Piano to fall somewhere in between the two.”

Finding that perfect balance became all the more challenging given the circumstances under which the album was produced. Recording in his own house offered a number of advantages: the comfort of home and the support of family, as opposed to The Lumineers’ grueling tour schedule and the time pressures of working in a studio; then there was the meaningful inspiration provided by Fraites playing his own instruments. He had two favorites to choose from, the grand piano on which he’s written the vast majority of Lumineers songs and the material for Piano Piano; and an eccentric upright nicknamed “Firewood,” after his piano tuner’s frank assessment of the instrument.

But there are also drawbacks. Sharing workspace with a 2-year old and a dog comes with its share of clamor and distraction. Then, the very day that Fraites started recording the album, construction began on a house right next door. The gentle, reflective sound of the music on Piano Piano is all the more remarkable given that it was created in stolen moments between hammer blows, rumbling trucks and a toddler’s cry for attention.

“I love the bilingual double entendre of Piano Piano meaning ‘step by step,’ because the process of making this album was so difficult,” Fraites laughs. “I can’t overstate how stressful it was. Looking back it’s something that I’ll never forget. If you listen under headphones there are still a few moments where you can hear extraneous noises in the background.”

That stress never shows in the finished product. Piano Piano is an achingly gorgeous set of songs, emotionally direct yet profoundly revealing. Fraites’ songwriting reaches into deeply personal spaces with moving grace and stark elegance, retaining the folk-inspired melodicism so familiar from his work in The Lumineers, transported into a more classically sophisticated setting.

The classical influence reaches back to Fraites’ first musical passion, Beethoven’s piano sonatas. “Growing up in New Jersey, the first artist I really liked was Beethoven,” he recalls. “My older brother listened to Mozart and we used to argue about who was better. I was always fascinated by the piano; my mother remembers me at 3 or 4 years old, studying the piano in our house like a scientist where most kids that age would have just smashed it.”

The piano’s thrall soon gave way to the drums (initially in the form of a makeshift rig of coffee cans and Mom’s Tupperware); it wouldn’t be until his junior year of high school that Fraites sat down at a keyboard again. “When Wes Schultz and I started The Lumineers I could barely play the piano,” he admits. “I was struggling just to learn the chords for Tom Petty songs. Fast forward 15 years, and here I am releasing a full blown piano album.”

Tracing Fraites’ evolution step by step (there’s that phrase again), we reach signposts along the way: “Patience,” the wistful piano track that closes The Lumineers’ second album, Cleopatra; or “April,” an atmospheric miniature from III. But the songs that make up Piano Piano have been stockpiled along the way, penned in fleeting moments backstage or on the road, waiting to finally be given full expression here.

The album opens with the scene-setting “Departure,” a quick snapshot of the pianist at home, roughly documented on an iPhone as his wife’s voice reverberates somewhere in the background mid-conversation. Initially planning to develop the piece further, Fraites listened back and realized he’d captured a vivid instant and was wise enough to leave it be. “I love the idea that by recording something you’re immortalizing a moment,” he says. “I’m really addicted to the notion of doing something right the first time and then never doing it again. With ‘Departure’ I felt like the ghosts were revealed and it felt like a beautiful way to say hello.”

The spare, meditative “Chilly” follows, basking in the resonance of tolling piano chords and embodying the feeling of taking a deep, calming breath. The brisk “Tokyo” is a string-swathed portrait of the titular city, while the elegiac “Maggie” is dedicated to Francesca’s beloved pet dog, who passed away during the recording process. The rough-hewn guitar at the core of “Nearsighted” is another ghost, originally recorded in 2007 while Fraites was studying in London and fleshed out with a vibrant palette that bridges the years like a memory emerging from the past.

The kaleidoscopic “Dreams” traces the arc of nocturnal fantasias from crystallines dreams to frightening, discordant nightmares. “Possessed” takes its title from the process of its creation, which burst on Fraites fully-formed as he toyed with a guitar while watching his 2-year old son. Featuring the FAME’S Orchestra, the redolent “An Air That Kills” borrows part of an evocative opening line from 19th-century poet A.E. Housman, “Into my heart an air that kills.” Cellist Rubin Kodheli pairs with the pianist for the haunting “Pyromaniac,” and the orchestra returns for the surging “Simplest of Matters” and the introspective album closer, “Arrival.”

The hushed beauty of Fraites’ songs and the beautiful intimacy of the album’s recordings make for a radiantly moving experience throughout Piano Piano. “I wanted listeners to feel almost as if they’re sitting on the piano bench next to me,” he concludes. “I love the idea of communicating with people through music alone, which can sometimes say more than words ever could.”