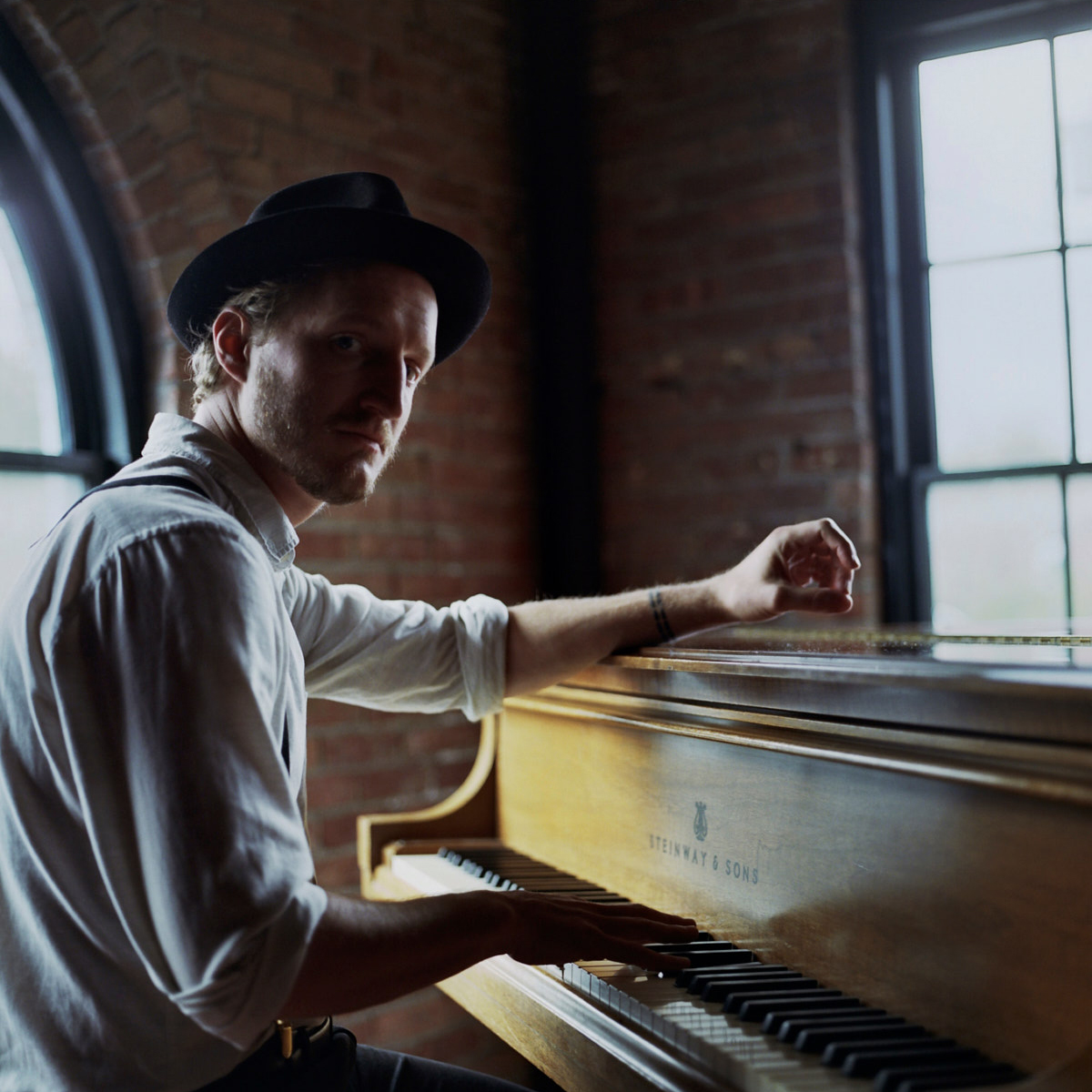 The Lumineers co-founder, songwriter, and multi-instrumentalist Jeremiah Fraites today announces his solo debut album ‘Piano Piano’, out on 22nd January through Dualtone Records (an Entertainment One Company) in the U.S. and Canada, and Mercury KX for the rest of the world.

A collection of songs that have been in the works for the better part of a decade, ‘Piano Piano’ features gorgeous, intimate piano-centric instrumental songs capturing Fraites’ reflective moments from his Denver home. Two singles from the album were also unveiled today: ‘Tokyo’, a brisk string-swathed portrait of the titular city, and ‘Maggie’, an elegiac dedication to his wife’s beloved dog who passed away during the recording process.

“‘Tokyo’ is one of the oldest songs on the record,” stated Jeremiah. “I believe I wrote it about seven years ago. I went back and forth on whether to record this song on a grand piano or my custom felted piano nicknamed 'Firewood' – I ultimately landed on using the softer, more distinct Firewood because I felt that captured the soul of the tune better. This was a song I was guilty of over-thinking and confessing to my wife that I ‘just don’t think it was ready' for the album. I suppose finding that fine balance between overthinking and not thinking at all is the key when in the studio. Currently this is my absolute favourite song on the album.”

He continued, “I am most proud of ‘Maggie’ because of how difficult it was to record and to get 'right' - I probably said out loud on five separate occasions that I was not going to use it and delete it from the record as it continually seemed to fight me. It was also titled something completely different, but while finishing the mix at my home in Denver, my wife's beloved dog Maggie passed away far in Italy and the name just fell into my lap. Adding the drums at the 11th hour of recording (per my wife's insistence) was the lynchpin for finishing this song. Not only could I no longer imagine the song without drums, but no longer imagine the album without this song.”

‘Piano Piano’ is an achingly gorgeous set of songs, emotionally direct yet profoundly revealing. Fraites’ songwriting reaches into deeply personal spaces with moving grace and stark elegance, retaining the folk-inspired melodicism so familiar from his work in The Lumineers, transported into a more classically sophisticated setting. In addition to piano, Fraites plays nearly every instrument on the album, including guitar, drums, synths, and programming. It was co-produced and engineered by David Baron (Jade Bird, Vance Joy, Shawn Mendes) and features other collaborators such as The Lumineers’ violinist Lauren Jacobson, cellists Rubin Kodheli and Alex Waterman, and Macedonia’s 40-piece FAME’S Orchestra.

On the surface, ‘Piano Piano’ is a succinct description of the album, but the deceptively simple title for Fraites’ stunning debut uncovers more than its initial meaning. While the doubled word in musical terms means “soft,” evocative of the music’s tender lyricism and rapturous vulnerability, when translated from Italian it also means “step by step”, a phrase that concisely captures the journey that Fraites has taken to realize this long-held dream. The language itself reflects the most recent step along that path; Fraites’ move to his wife’s hometown of Turin, Italy. Tracing the New Jersey native’s evolution reveals other signposts along the way, beginning with his childhood love of classical music, through wistful piano tracks such as ‘Patience’ and ‘April’ written for The Lumineers albums, up to composition work for the Hunger Games movies. The songs that make up ‘Piano Piano’ have been stockpiled along the way, penned in fleeting moments backstage or on the road, waiting to finally be given full expression.

The hushed beauty of Fraites’ songs and the striking intimacy of the album’s recordings make for a radiantly moving experience throughout ‘Piano Piano’. “I wanted listeners to feel almost as if they’re sitting on the piano bench next to me,” stated Jeremiah. “I love the idea of communicating with people through music alone, which can sometimes say more than words ever could.”