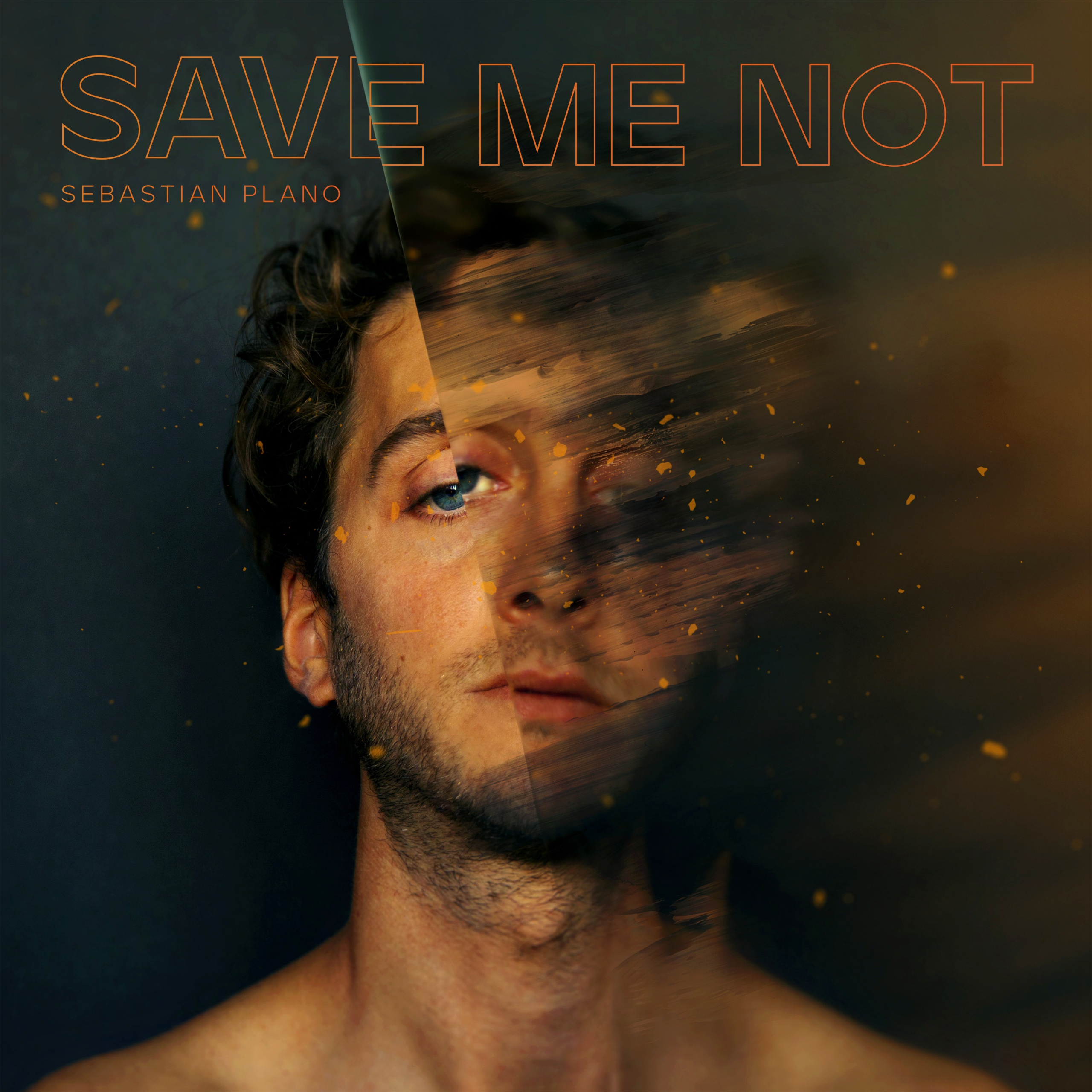 Argentinian cellist, composer and producer Sebastian Plano releases new album ‘Save Me Not’ today via Mercury KX. If his third (2019’s Grammy nominated ‘Verve’) was exceptional – a filigree of gently stroked strings, rippling piano lines and eloquent electronica, his fourth shifts things to a whole new level. Recorded at nights in his Berlin studio, it finds him going to unprecedented, even greater extremes to satisfy his urge to express himself through the creation of ensemble music alone.

Born in Rosario, Argentina, in 1985, Plano was raised by parents who perform in the city’s symphony orchestra, and having first played cello at the age of seven, he began writing his own music four years later. After turning 13, he spent two years taking eight-hour round trips to Buenos Aires for hour-long lessons with the country’s finest teacher, yet, despite subsequent, full scholarships from some of the world’s most prestigious institutes, he found himself increasingly dissatisfied. Focus more on his own music, he noticed the further he strayed from the scholarly doctrines instilled in him, the more euphoric he felt. “As we grow up,” he says, “we spend our lives having to blend in, so, as our personalities develop, it’s inevitable we start cultivating our own reality. But for me this grew until it made me realise I didn’t belong in the world of interpretations, playing Beethoven’s – or anyone else’s – music. Many of us nurture our own space,” he continues, “where we can be the essence of ourselves, and creative people arguably take this further, constructing a reality where their imagination can flow, free of awareness. In my case, writing music has, over time, turned into a need: it would be impossible for me to cope with life without being able to express myself through sounds.”

One of Plano’s many strengths is that it’s unusually hard to categorise. “I was grateful and flattered,” Plano admits when addressing his Grammy Nomination, before adding, “but I definitely don’t make New Age music!” Bending – and often rejecting – in seductively enigmatic style the principles with which the classically trained musician was raised, ‘Save Me Not’ pursues Plano’s pioneering, ethereal aesthetic with even more confidence, operating in a dream-world all its own, answerable only to his instincts. The results are elegant, vivid and sometimes even spiritual, with the Argentinian playing every note, layering each musical phrase one at a time. “This wasn’t a matter of control,” he clarifies, “but of being able to express what I want to the fullest extent. The whole album is just me: it’s about narrowing down the instruments to the minimum, and how much I can push myself to create an authentic, unique sonic world. I wanted,” he says, “to see how far I could go.” In practise, this means arrangements have been distilled to just cello, piano and voice. Although sometimes processed electronically there’s no electronic instruments involved, only using his voice when the cello and piano cannot go further expressively. Nonetheless, other inventive details are occasionally present, each a part of the act of making music: the striking of his cello’s body, his feet stamping the floor, even the squeak of his studio chair.

‘Save Me Not’s’ title is a reference to this mythical zone, and it’s one, Plano maintains, where life is infinitely more bearable. Forced to make a choice between this and the everyday, he says he’d resist any attempt at rescue. “I remember when I was recording ‘Soul II (Elan)’,” he enthuses, “and it came together with just one take from beginning to end. As it finished, there was this moment where it just knocked me over. That moment of ecstasy, that’s what it’s about: it’s inside and outside me. Every piece has at some point sent me into these mental ecstasies, and the record’s a statement about – and a celebration of – that place.”

‘Save Me Not’ is not only a fearless, unapologetic tribute to a realm in which Plano feels most uninhibited. It’s also an open invitation to enter it, and an exhortation to create one’s own. “Now I can do it all alone. I’m the string quartet, I’m the orchestra, I conduct the piece. I don’t like to depend on anyone, and ‘Save Me Not’ best defines who I am: as a musician, as a creative spirit, and as a person. I just want to be free. As free as possible…”

The fragile, magical ‘Save Me Not’ reflects that, with the 3-part ’Souls Suite’’ contrasting but always graceful sections intended as a three-part story – he calls it “a personal depiction of a soul” – while the elegiac ‘Never Learned’, which bounces between hope and an inevitable acceptance of our limitations, reflects extensively on “the human character and our failure to learn from our mistakes.” For ‘Agos’, furthermore, he set himself a challenge – “I wanted a choir, so that’s what I made” – while the serene closer, ‘Liv’, reverses the opening ‘Agos’, bringing the album full circle without ever leaving Plano’s precious space. As for the title track, which sounds like it exists underwater but belongs in heaven – a singular world indeed – it was provoked by his conviction that his adopted reality is a place in which, finally, he belongs. Immersed in that inner space from the start, the piece surfaces briefly, towards its end, into reality, only to dive back moments later into the world from which it emerged. It’s the perfect metaphor for the album’s fundamental theme. ‘Save Me Not,’ Plano concludes, and frankly, who wouldn’t agree with him…?

A Present for a Young Traveller